WHICH SIDE DOES GOD SUPPORT ?

There is a story told that on the eve of the Battle of Alamein, General Montgomery ended the briefing of his senior officers by saying, "Remember, gentlemen, God is on our side!"

One of those officers was then heard to mutter, "In support, sir? or under command?"

We have all heard a great deal about the savage war that has been fought in the Middle East between  the Israelis and the Arabs for literally generations and many of us, though we know little about the conflict, have very strong opinions on it. We even talk about which side God is fighting on. That, strange as it may seem, is the wrong question...

Joshua 5:13. One day, Joshua was near Jericho when he saw a man standing some distance in front of him. The man was holding a sword, so Joshua walked up to him and asked, "Are you on our side or on our enemies' side?"

"Neither," he answered. "I am here because I am the commander of the LORD's army."

In other words, the man told Joshua, “Hey! Hold it right there! You’re asking me the wrong question. I- not you- am in command of the Lord’s army. Are you on my side?”

Joshua fell to his knees and bowed down to the ground. "I am your servant," he said. "Tell me what to do."

In order to keep our balance, we need to understand very clearly that it is the God of Abraham, Isaac and Jacob who gives the orders- not us. At the end of the day, it is not us; it is not the Arabs; it is not Europe; it is not the Americans or the Russians; it is not the Israeli Jews who call the shots or decide how this is all going to end. It is God who does the deciding. The question all of us should be asking should not be, "Which side is God on?" but am I on God's side?"

God is the God of truth and, because of that, we have to do our level best to filter out the truth from the lies, the deceit, the mistakes and the unintentional misinformation that one will find in any conflict. Somebody once said that a lie will travel all the way round the world before the truth has even tied up his bootlaces. It is also said that, in any war, the first casualty is always the Truth.

What happens is this: each side, of course, believes 100% that they- and they alone- are the “good guys” while the other side are obviously the “bad guys” and there are those on each side, who are desperately putting across their own point of view. Everything that “our” side- the “good guys”- says is completely true and accurate while the other side- “the bad guys”- are all murdering, liars and anything that they say is completely false and inaccurate. This means that we have a natural tendency to totally reject anything said by the “bad guys”and- this is the point- we have a tendency to accept any statement from “our side” as the gospel truth and to pass it along without checking it.

Before we pass along any information, we need to do our level best to check that information to find out whether it is true and accurate. We probably aren’t going to get it right all the time but we are certainly going to have a very good try.

This website originates from another website,  www.adespicabletruce.org.uk . That website was the result of about seven years research and it contains a great deal of material. The documents used came to about 20 megabytes, or roughly 2,000 normal pages and I received several comments to the effect that it was la-a-a-rrrge!! and that were was “a lot to read”. One reader commented that: “It's like walking into the basement storage room of the Westminster Library.  It needs to be more like walking into Sainsburys.  Bright, well-lit, easy and pleasurable to find your way around.”

These were all fair, accurate comments. The site, was (is) the result - as I have said- of about seven years work. It is large. There is a lot to read and it may well remind you of the Westminster library basement. Everything is there, but it’s all hidden in dusty files tucked away in long, dark alleyways in the basement and you need a great deal of motivation and stamina to go down there and to actually read the stuff.


So here we have a problem. If one were to cut down the website, one would be cutting back on the evidence that needs to be presented. If, however, one decided not to cut it down, hardly anyone would end up reading it, so there would be very little point in putting the site online in the first place.


So what was the solution? The solution was, basically, to leave A Despicable Truce  as it is- resembling the basement of the Westminster reading room- but to tidy it up a bit; put in more lighting; make it a little more user-friendly by putting the more important sections in BOLD UPPER CASE- that sort of thing. We could then build a much smaller site, which  would contain only the most important sections. This site would be far easier for the average over-worked, information-swamped  human being to read. Those of you, who wanted more depth of information could easily click on www.adespicabletruce.org.uk while those of you, who didn’t, could just as easily not click on it. If we were to do that, some of you might end up reading some of it!


We hope that after you have read through this site you will have a more objective view of what the Middle East conflict is all about and how it effects you.

The name of this website, by the way, comes from a statement that the British Prime Minister, Neville Chamberlain made in front of 10 Downing  Street.on the 30 of September 1938, after arriving back from the Munich Conference:

"My good friends, for the second time in our history, a British Prime Minister has returned from Germany bringing peace with honour. I believe it is peace for our time...

Go home and get a nice quiet sleep."

WHICH SIDE DOES GOD SUPPORT?

FOR GOODNESS’ SAKE, READ THIS FIRST.

WHICH SIDE DOES GOD SUPPORT?


FOR GOODNESS’ SAKE, READ THIS FIRST. 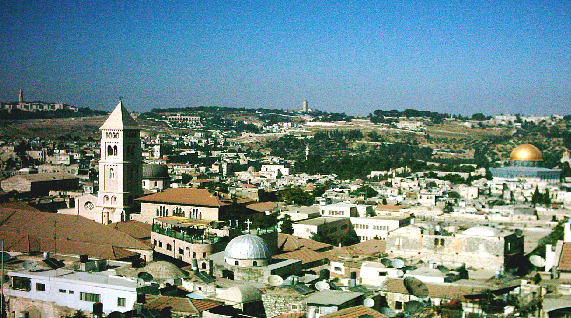